What is the Army Combat Fitness Test (ACFT) and How Do I Train for it? 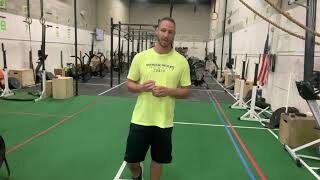 This article will focus on the new Army Combat Fitness Test. We will look at how to prepare, what equipment is used, and how the test will impact your training. While the exact details of the ACFT will depend on your individual situation, it is important to note that there are general guidelines to follow. For example, if you’re in excellent physical condition, you should pass the test after just one to two months of event-specific training. But if you’re unfit and do not train regularly, you may need to complete six months of training to qualify.

The Army revamped its physical fitness assessment test, the ACFT. The new test incorporates gender-neutral and standards-based exercises, like a standing long jump and deadlift. Other exercises, like the seated power throw, will assess upper-body strength and the ability to load ammunition. The new ACFT will be administered to all soldiers, regardless of their age and sex. Recruits will be ranked by their performance on the test and be assigned to different specialties based on their performance.

The Army is planning to introduce the new fitness test by the end of the fiscal year. It has been in development for years, but the pandemic and concerns about design delayed its implementation. Regardless of the issues, the new test will soon be implemented and will begin to improve the Army’s physical fitness standards. For the time being, many Army units have tested it. The results will be published in December, and the Army hopes to have it in place by then.

The Army Physical Fitness Test scores can range from 0 to 100. In order to pass, soldiers must score at least 60 on each event. The overall score is the sum of each event’s score. The Army is allowing soldiers to retake the test after several months if they failed. However, if they fail twice, they will be discharged. So, what is the new Army physical fitness assessment test?

The new test measures a number of components of physical fitness. Muscular strength, aerobic capacity, agility, balance, reaction time, and coordination are all tested. A standard lift from the floor to standing is used to evaluate strength. This test starts at 120 pounds and gradually increases to 220 pounds. The final event, an interval run, is designed to test aerobic capacity. Aside from measuring the fitness of soldiers, the test also assesses their ability to perform specific tasks, such as unloading 95 pounds of ammunition.

The Army plans to incorporate the ACFT into its personnel policies. The Army has given commanders until April 2023 to begin the process. It is expected to implement the new test in phases. Currently, the Army is testing its Soldiers in various locations and environmental conditions. Commanders will be required to follow existing policies addressing the ACFT. They must also consider weather cycles and long field exercises when designing their policies.

Ways to Prepare for the ACFT

There are numerous ways to prepare for the Army Combat Fitness Test. First and foremost, practice the exercises. You must perform two-minute planks and a leg tuck. These exercises serve as interim assessments. You should also perform a five-minute run both indoors and outdoors. Additionally, you need to walk for two miles, alternating running and walking, so you should aim for two miles of walking.

Another way to prepare for the ACFT is to train as much as possible. Training for the ACFT should include at least a two-mile run. Then, do some squats, sled drags, threshold runs, and interval runs. The goal is to build a solid running foundation. Then, mentally prepare yourself for this event. Make sure you’re mentally tough after a two-mile run.

Training for strength is the most important component of the ACFT. The three-repetition max deadlift is the single event that tests pure strength, but this carries over into other events. Stronger athletes will be able to complete endurance events and power events with ease. Strength training exercises such as squats, deadlifts, and extension exercises will help you develop core strength and endurance. Make sure to perform plenty of these exercises, and keep in mind that they can help you perform better on the ACFT.

In the first phase of the ACFT preparation, applicants should plan out their schedule. This will help them identify their current fitness level and the proper training program. The training plan provided will include a self-assessment. This self-assessment will determine your ACFT readiness level and help you develop a training program that meets your current fitness level. After the base phase, aspiring ACFT takers should focus on the peaking phase.

Another important way to prepare for the ACFT is to strengthen your core muscles. These muscles are essential to every event on the test, so you need to work on strengthening them before the test. Practicing these events will help you develop proper form. The ACFT is made up of six events, and the ACFT examines the core muscles. You can train your core muscles to work at the maximum capacity. It will also help you learn how to perform the different events in the right order.

Glen Burnie Fitness and Nutrition offers a comprehensive 6-month ACFT Training Plan to help you lose fat, gain muscle, and increase endurance while helping you prepare to pass the ACFT in less than 6 months – No Matter Where Your Fitness Level Is Now!

The ACFT’s Impact on Training

The Army has begun to assess the impact of ACFT on training programs. The ACFT is gender and age-neutral, and it is part of the evolving Army Holistic Health and Fitness System. The Army will host Warriors’ Corner, an educational session focused on the ACFT and its impact on training. The event will take place on Monday at the Walter E. Washington Convention Center in Washington, D.C. The session is intended for Army leaders, who will discuss the benefits of ACFT, as well as any potential pitfalls.

The ACFT is not a true simulation of combat conditions, as critics have suggested. The Army News Service argued that soldiers should focus on developing muscular strength and power. But the APFT only required pushups, sit-ups, and a two-mile run. Therefore, work began on the ACFT in 2013, with an empirical study of the physical demands. The test was implemented in 2017 and had an initial accuracy of 80 percent.

The Army has directed commanders to develop procedures to acclimate Soldiers for ACFT tests. The ACFT emphasizes realistic physical standards, but it also requires visible accountability. It empowers local commanders to hold formations to higher standards. In addition, it requires Soldiers to perform longer physical exercises in hotter climates. The Army is also developing training guidelines to ensure that Soldiers are properly fit for their training.

The Army’s gender-neutral ACFT test is more difficult than its predecessor and results in higher failure rates for women. It requires more preparation, and is likely to become battalion-level training events. In addition, soldiers are now expected to perform ACFT exercises in front of their fellow unit members. That means the APFT test is no longer a “flashy” test that can be ignored. It is time for leaders to focus on training their troops to be physically fit.