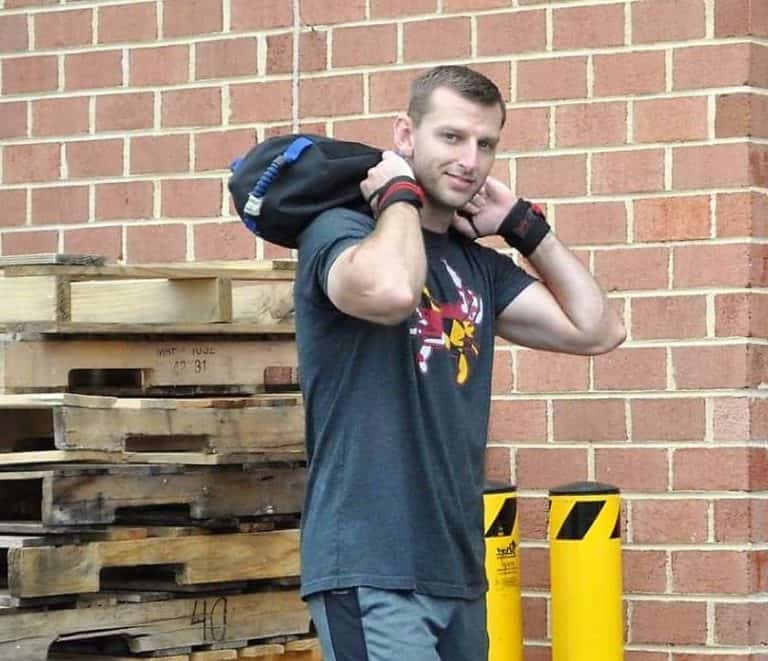 I had been doing CrossFit here for almost two years before going on a Wreck Room Nutrition Program.  The reason I finally decided to dial in and go on a custom plan was because I wanted to perform my best at the battle of the Vikings competition. Also wanted to reduce recovery time.

Right off the bat the custom plan was a little intimidating. There’s a lot of measuring and conversions of ounces, grams, blocks, etc. Was also shocked about the importance of carbs and fats in a diet with how much you hear about other diets telling you to cut those out. Now, after about 3 months on the program it’s gotten really easy. It still takes some thought and planning to hit the grocery store and get everything you need for the week, but the measuring and weighing of the macros for each meal has almost become second nature.

The most difficult lifestyle change was making Sunday afternoon meal prep day and getting up a little earlier each day to eat one of the prepared breakfasts was the hardest (breakfast used to consist of granola bars on the ride to work). Other than that, everything else was easy and actually more convenient throughout the rest of the week because I never had to run out of the office to grab lunch and I didn’t need to think about what I was going to eat – it was already planned out from Sunday. For lunches and morning and afternoon snacks I bought an insulated lunchbox to bring with me every day and keep at my desk – super convenient for in between meetings and tasks.

I’d say about two weeks into implementing the plan was when I started noticing a difference in recovery time and I was able to push at a higher intensity for longer during the workouts.

I noticed my performance improve first. Increasing performance was my main goal. I also noticed I had more energy throughout the day. However, others throughout the gym started complimenting me that I was definitely gaining muscle.

It’s easy now that it’s part of my routine, but took a few weeks to get the hang of everything. Being that I was going for maximizing performance, it was also lot more food than I was used to eating, especially breakfast, so that took a couple weeks to get used to. Now, I can roll right through meal prep in a few hours and nearly eyeball the quantities dead on when dividing into containers. I’ve also figured out a few tricks when I know I’m limited on time to meal prep. A few are Sams/Costco Rotisserie chicken, precut fruits, veggies from the grocery store, bulk order by the pound from places like Mission BBQ, Red Hot and Blue. These can easily cut down meal prep time to 30-45 minutes or less.

To anyone on the fence about getting serious with their nutrition: Go for it! Once you get past the first couple weeks it all gets really easy, and at that point you’ll probably also already be seeing some performance gains. You’ll also find during the week you don’t need to stress over what to eat since it’s already planned. And, the tricks of grabbing the premade/precut stuff from Sams/Costco, Mission BBQ, etc. really shrinks down the time to meal prep. Lots of benefits, nothing to lose!

Struggling with Consistency? Read our article Why I Keep Falling Off My Diet Plan.